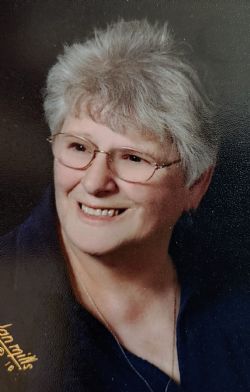 Lena Marie Abraham Sly was born on December 10, 1945 in Waco, Texas. She grew up in Bellmead in a house next door to her Aunt Lucy and Uncle Johnny Abraham and several double first cousins. They enjoyed many good times growing up together. Lena graduated from LaVega High School and went on to obtain her beautician's license from Vogue Beauty School. She was the mother of Stephen Wayne Brannon and Stacy Lynn Rollans. She traveled overseas and around the U.S. while they were young, but finally settled back in Bellmead. She worked as a 7-11 store manager on what is now the Baylor University campus and made many life long friends while there. Lena worked her entire life even into her retirement when she worked at The Home Depot in the gardening department. She really enjoyed that because she loved to garden and had quite the green thumb.
Work was not Lena's entire life, however. She loved her kids, grand kids and great grand kids. She was a member of Saint Joseph's Catholic Daughters. In her last years, she was unable to attend mass as she wanted to, but was quite adept at using technology to ''go to mass online''. She had several hobbies that she was known for. She was the seamstress of the family as she loved to sew. She collected Barbies and amassed a collection that had upwards of 1,000 dolls in it. She also loved to cheer on the Texas Longhorns and Baylor Bears as she was a proud citizen of the Great Republic of Texas.
Lena passed away on Thanksgiving Day, November 25, 2021 in Denton, Texas. She suffered many physical hardships, but rarely complained, never wanted to ''spend money on doctors or be any trouble'', and exercised great patience and acceptance in bearing her illnesses. She rallied several times showing great strength and will to live. However, our merciful Father took her home peacefully.
She was preceded in death by her father, Wilfred Abraham, her mother, Selma Abraham Engleke, and her brother, Larry Abraham. She is survived by her son, Stephen Brannon, her daughter, Stacy Rollans, her son-in-law, Rick Rollans and her Sister, Doris Jean Abraham. She also leaves behind her grandchildren, Chelsea Kemp (and husband Chris Kemp), Brandon Beechly (and wife Lauren Beechly), Jesse Rollans (and wife Kayla Rollans), Kellianne Jons (and husband Parker Jons), Sean Rollans, and Molly Brannon. Her great grandchildren also survive her, Alli Brooks, Emmi Lu Brooks, Salem Rollans, Reagan Beechly, Brecken Jons and Lincoln Beechly. Lena is survived by many cousins, family and friends as well.