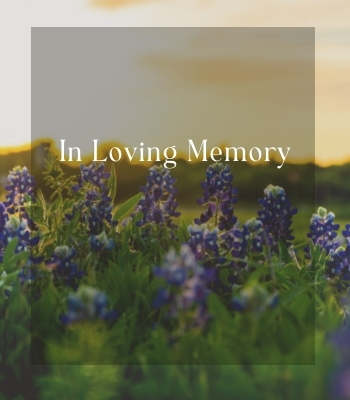 Born in Waco to Ralph and Janelle Martin. Moved to McGregor in 1961. Graduated McGregor High School where he was a football player for the Bulldogs. Meet his wife Debbie Grady in 1973. They were married in 1974 and had 3 children. He worked at McLennan County Appraisal District for 23 years and that's where he retired at the age of 52. He was a avid hunter and fisherman. Rick was a coach at Northern Little League over a decade. After retiring his precious Preston and Peyton were his life. Mr. Martin is preceded in death by his wife of 20 years Debbie Martin, his parents Ralph and Janelle Martin of Waco, brother Pete Martin of McGregor, sister Jacklyn (Jackie) Brown of Hewitt, nephew Brandon Brown of Waco, great nephew Cooper Martin of Fairfield. Survivors include his daughters Shawna Lloyd of Waco, Heather Lindorfer of China Spring and Peyton Martin of Waco, sons: Preston Martin of Waco and Eric Martin of Waco. Brother Gary Martin of Waco, and sister Julie Nesrsta of Waco. 9 grandchildren, 6 great grandchildren, numerous nieces, nephews, and great nieces and nephews.
We all loved each other beyond belief.
Very private service thanks everyone for their understanding.
Honorary Pallbearers: Lance Martin, Brian Brown, Rodrick Martin, Michael Lloyd, Wilford Williams Jr., and Maurice Williams.