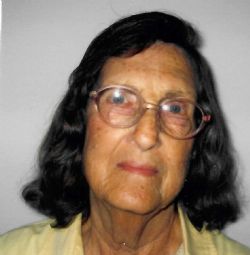 Gretchen Woodruff Funderburk passed away Wednesday, October 12, 2022.
Services will be 10:00 am Monday, October 17, 2022 at Bellmead Funeral Home Chapel. Burial will be at Moore Cemetery in Chalk Bluff, Texas. Visitation will be 2:00 pm to 4:00 pm Sunday, October 16, 2022 at the funeral home.
Gretchen was born November 23, 1938 to Robert ''Bob'' and Rita (Szanto) in Waco, Texas. She married Richard Woodruff Sr. in June 1953. They had 8 children; Richard Jr., Jimmy, John, Jerry, Jeff, Danny, William and Rachel.
Gretchen worked at Connally School; Cafeteria as cook/server and as a bus driver for many years. After the loss of her husband Richard Sr. in 2001 she met and married Dwain Funderburk in 2007 and they were happily married for 7 years when he passed away in 2015. Gretchen loved fishing, music, playing bingo with her church friends and being outside in her yard.
She was preceded in death by her husbands, Richard Sr. and Dwain Funderburk; her brothers, Bobby, David and Willy Szanto; her sister, Sam Whitlock; and her son's, William, Jimmy and Jerry Woodruff.
Survivors include her children, Richard Jr. John, Jeff, Danny and Rachel; her brothers, Tim, Randy and Bruce Szanto; 15 grandchildren; and numerous great-grandchildren and nieces and nephews.
Pallbearers will be, Tim Woodruff, Colton Woodruff, Adam Caulk, Luke Caulk, Brandon Kreder and Cory Kreder.