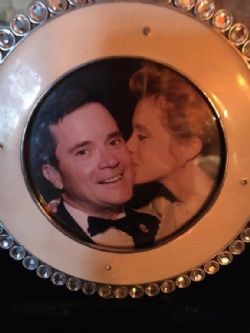 On Friday, January 6th, 2023, Stephen Lee Cook, loving husband and father, passed away surrounded by family, at the age of 73. Stephen was born May 18, 1949 to Elmer Lee and Lois Maurine Cook in Waco, Texas. As Stephen grew up in Waco and after attending La Vega high school, Stephen met the love of his life, Sharon Elaine. Stephen and Sharon married on March 31st, 1967. At that time Stephen was in the Army National Guard and was transferred between different states before returning for the birth of their first son, Stephen Lee Jr., thereafter Stephen was drafted into the Vietnam War.
After returning from the Vietnam War, Stephen and his family spent a few years in Waco until the birth of their daughter, Rhonda Elaine. They then moved to Corsicana, Texas in early 1975, where Stephen could further his career in the Army. While living in Corsicana, Stephen and Sharon welcomed their third child, Christopher Sean.
After living in Corsicana for 14 years, Stephen moved his family to Houston, Texas, to again further his career in the Army. While living in Houston, Stephen retired from the Army as a sergeant major, in June 2002.
Stephen enjoyed his 21 years of retirement in Houston, Tx with his wife, kids, grandchildren, and great grandchildren. Stephen was a husband, father, papa, grandpa, great grandpa, uncle and friend to many. He was a kind, good person, that loved and cared for everyone. He loved to tell stories about his many adventures in life and always had a joke waiting to be told and laughed at by all.
Stephen is preceded in death by his parents, Elmer Lee Cook, Lois Maurine Cook, his sisters, Becky Carter, Martha Martin and Diana Cook, as well as his daughter Rhonda Elaine Cook-Mitschke.
He is survived by his wife Sharon Cook, sons, Stephen Cook Jr., and Christopher Cook, sister, Julia Cook Lowe and husband Tim Lowe, grandchildren, Amber Cook Mueller and husband Jason Mueller, Ashley Mitschke, Cayla Cook, Cole Mitschke, Emerson Mitschke, great grandchildren, Carson John (9), Hudson Wayne (7), Rilynn Brooke (4), and Owen Lee (9 mths). Stephen is also survived by his son-in-law John Mitschke, daughter-in-law Kandie Cook, and many other family members, as well as friends that were family.
Stephen believed in our God and spoke His word often. We know he is rejoicing in heaven with those he so dearly missed. We find comfort in our memories made, knowing he is happy, healthy and that we will see him again one day.