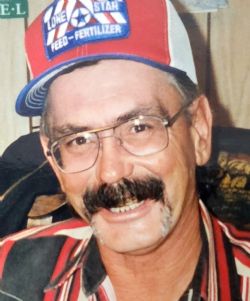 Jerry Joe ''JJ'' Stuckly of Axtell, passed away Tuesday November 16, 2022 after a short battle with lung cancer. He was 69 years old.
Jerry was born on May 8, 1953 to Edwin and LeeNette Stuckly of Axtell. That's where he was raised and graduated high school from. After graduating he joined the U.S. Army where he served 6 years. Once out of the Army he became a truck driver. Jerry was a jack of trades. He was very handy at almost anything.
Jerry is predeceased by, father and mother, Edwin and LeeNette Stuckly, sister Susan Jean Campbell-Britt. He is survived by daughter, Christi Garmon, 4 grandsons, Jacob Eaton, Hayden Mills, Cody Mills, Ryker Dunn, 1 great grandson, Chevy Eaton, sister Pamela Carol Boney, brothers Richard Lee Thompson and David Stuckly.
Jerry will be cremated as he wished. There will not be any funeral services at this time. We will be planning a celebration of life in the near future.
The family would like to thank everyone for the thoughts and prayers. Jerry will be dearly missed by many.